Weekly for the 2022 Summer Season

Tickets may be Purchased at the Door for $20 General Admission or $25 Reserved Seating.
Buy Tickets for Reserved Seating below on the ticket link for each artist two weeks prior to the event.

Fishstock Music is a 501(c)(3) not for profit Organization.
All Donations gratefully accepted. 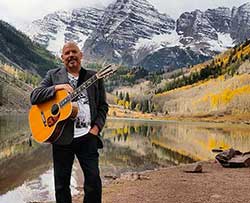 JULY 3, Will Kruger, 7 p.m. Our traditional Environmental Awareness concert features Will Kruger. A nationally known premier John Denver tribute artist, Guitarist, singer/songwriter and entertainer. Will has been “pickin” and singing since age 14. His musical roots go back to the folk era where influence from the likes of Peter, Paul and Mary, Simon & Garfunkel, John Denver, Gordon Lightfoot and James Taylor have shaped his musical style. Will has performed extensively at festivals, concert halls, and auditoriums throughout the US. As a songwriter, Will has had four of his songs featured in the Lazarus Film works production of “God Where are You”. Come join Will for his tribute to the music of John Denver.

Buy tickets for Will Kruger 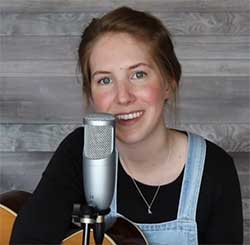 JULY 10, Brittany Jean, 7 p.m. Brittany is a singer/songwriter in the Pacific Northwest. With solo performances ranging from cozy house concerts and beautiful wineries to full concerts in grand auditoriums and theaters, Brittany has loved performing and meeting friends throughout Washington, and during the past few years, she’s added Alabama, Idaho, Illinois, Maryland, Nebraska, New York, North Carolina, Oregon , Tennessee, Texas, Virginia, Wisconsin, and Canada to her travels. Her music is predominantly her own, but does pepper in a few cover songs by her favorite artists – like Joni Mitchell, Stevie Nicks, Judy Collins, Emmylou Harris and more. Brittany has released four studio albums – all recorded at Hilltop Recording Studios in Nashville. Her fourth album All The Love was released this last year. She has a beautiful voice and songs that will connect you to her. 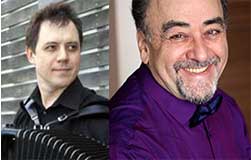 JULY 24, Stas Venglevski and Misha Litvin, 7 p.m. Stas Vanlevski and Misha Litvin are both musically stunning and have a wonderful stage presence and incredible rapport with the audience. Their music ranges from classical, to folk, to traditional. Stas plays the Bayan, a Russion version of the accordion. He has toured extensively as a soloist throughout the former Soviet Union, Canada, Europe, and the United States including numerous performances with Doc Severinsen, Steve Allen, and with Garrison Keillor on the Prairie Home Companion show. Additionally, Stas has performed with symphony orchestras throughout the US. Misha is a master mandolinist and a master of the Domra (a Russian mandolin). He has soloed with chamber orchestras in Russa, Italy, Germany, The Netherlands, France, and the US. Misha is a professor of mandolin at the Wisconsin Conservatory of Music. He is originally from Minsk, Belarus and holds a masters degree in orchestra conducting and music education.

Buy tickets for Stas and Misha 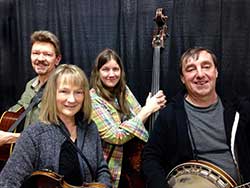 JULY 31, Handpicked Bluegrass, 7 p.m. Handpicked Bluegrass Band is a high energy band playing contemporary and traditional bluegrass. Besides top- notch instrumental work, the band prides itself on tight vocal harmonies spearheaded by lead vocalist Sue Cronick. Their latest project Moonshine Lonesome Man features 10 original tunes. The band has won numerous awards and have appeared in multiple prestigious festivals throughout the US. You will leave this show with a smile on your face and a bounce in your step.

Sons of the Never Wrong

AUG 7, Sons of the Never Wrong, 7 p.m. The Sons of the Never Wrong are a turbo charged alt/folk trio from Chicago. This delightful trio delivers witty, whimsical songs with their signature soaring harmonies. Their oddball humor and spontaneous stories ignite their live shows and have earned them a cult-like international following for 25 years. Combining influences of folk, jazz, pop and rock, their sound is wildly original. Their energy is contagious and their banter is hilarious. “I am truly blown away by the beauty and real brilliance of what Sons has created. Rarely do I stumble upon and artist/group who impacts and impresses me to the extent they have. When someone’s songs circle in an endless cycle in my head for days at a time, and when the more I listen to the music, the more I fall in love with it, the I know I’ve found something special”.
(Martin Anderson – KRVM, Oregon)

Buy tickets for Sons of the Never Wrong 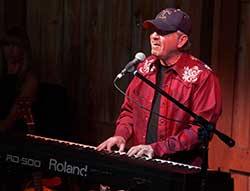 AUG 14, John Ford-Coley, 7 p.m. There are songs you hear in your life that transport you to a certain time period or give you a special feeling. Songs like “I’d Really Love to See You Tonight”, “Love is the Answer”, “Nights Are Forever Without You”, and many more. These songs and numerous others have made John Ford Coley a singing legend. John is most revered as half of the Grammy Nominated duo England Dan and John Ford Coley. He has performed with a myriad of famous musicians, written music for several movies, and has acted in several movies. Classically trained on piano and an avid guitarist, John loves the craft and enjoys every audience he encounters. 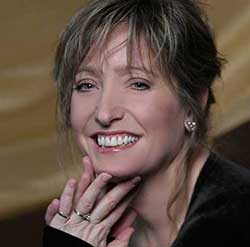 AUG 21, Janet Planet, 7 p.m. The blend of Janet’s voice and her band create a wonderful version of jazz and standards. Janet is such an exemplary vocal artiste that anything she graces with her vocal chords benefits… She can sing sweet and pretty– but she can also come on strong with a big voice that never wavers out of control. She is a six time WAMI winner and inducted into the WAMI hall of fame in 2014. Her international performances include; Japan, Europe, South Africa and Russia. In 2017 she was nominated for a Grammy. Janet is a Performer, producer, teacher, recording artist, voice over talent and part of Lawrence University’s jazz faculty 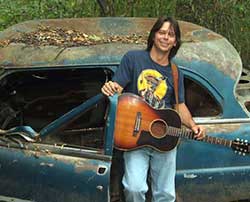 AUG 28, Jimmy Davis, 7 p.m. With a career that has spanned four decades and traversed more than a million miles and several continents, singer-songwriter Jimmy Davis is the literal embodiment of the much too often used term “Troubadour”. Jimmy’s songs have been recorded by multiple recording artists. He has also recorded with numerous major recording artists. It’s Jimmy’s warmth, charisma and talent as a writer – performer that endear him to his well- known peers. This Memphis, Tennessee native, who first graced local stages at age 9, brings an infectious enthusiasm to every performance. He was named “Premier male Vocalist” by the Memphis chapter of the National Academy of Recording Arts & Sciences. 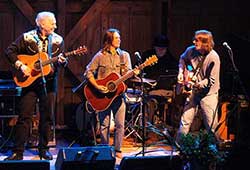 SEPT 4, Eric Lewis & Friends, 7 p.m. Eric Lewis and friends return to Fishstock for the final Gala event of the season. Eric is from Memphis and has won the Best String Player award multiple times. He is originally from East Tennessee, where he grew up listening to his Grandpa playing the banjo and his mother playing the guitar. He is a lover of multiple musical genres and is proficient in many. You will be richly rewarded by his performance and the extremely talented musicians that surround him.

Fishstock Music is a 501(c)(3) not for profit Organization.
All Donations gratefully accepted.